A Link Between Infertility And Oral Infection 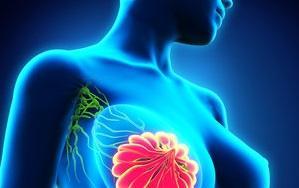 CASE STORY: A Link Between Infertility and Oral Infection

A woman had infertility via several miscarriages in the past and wanted to become pregnant again. Referred by her medical doctor, she came to me as part of her healing journey to find out what was wrong.

Thermal imaging showed that something was going on in her jaw. She never had any mercury fillings. She never even had a drill on her teeth. In fact, she had perfect teeth. I could have used images of her mouth as a model of perfectly formed teeth and jaw.

Her mother also had no dental work, precluding the possibility that her mother had passed dental mercury to her in utero. In fact, the patient had already done heavy metal testing, and nothing significant showed on the lab results.

When I looked at her digital x-ray images and thermography scans, however, I saw what the problem was. They both showed cavitational lesions in her jaw from old wisdom tooth ‘extractions’ (medically known as amputation ) done when she was a teenager. The thermography showed hot red areas in her jaw. And her digital x-rays showed dark hollow shadows in the jawbone behind her back molars that should have been solid.

Neuralgia inducing cavitational osteonecrosis (NICO) means an empty area in the jawbone where a tooth was once extracted became chronically infected, and the infection has caused the bone tissue in the surrounding area to die. These cavitations of infection in the jawbone are common where wisdom teeth have been improperly extracted.

Invisible to the naked eye, they can only be identified in digital x-rays, thermography, thermometry, and 3-D dental imaging if you know how to look for them. This is what I was seeing evidence of in the patient’s oral imaging.

These focal infections spread pathogenic bacteria around the body, causing immune dysfunction and disturbing hormonal balance, as well as increasing the risk of stroke.

I got a call from the lab pathologist, saying, “Hey, what kind of surgeon are you?” I said, “I’m a dental surgeon, why?” He said, “This tissue sample you sent in was like the tissue we find in people who have ovarian tumors.”

Yet this tissue, which included tooth fragments, came from the woman’s jaw!

The pathologist became incredibly interested in my work. I told him that we had to do more cavitational surgeries with this patient, as there were more focal infections in her jaw from her other botched wisdom teeth extractions. The pathologist encouraged me to publish a paper on her cavitation case. He also offered to personally pick up the tissue sample from the next surgery to take back to the lab to guarantee that the sample had not been mislabeled or confused in any way. I agreed.

We scheduled surgery. I had to surgically clean out necrotic areas in her jawbone, where the wisdom teeth had been removed improperly, leaving behind tooth shards and chronically infected tissue. I sent tissue samples to the pathology lab for analysis, and the report came back indicating necrotic fibrosing osteomyelitis (dead bone) and odontogenic myxoma (a rare benign tumor in the jaw associated with embryonic connective tissue during tooth formation).

The second sample produced the same results. How could this be? One explanation is that the same stem cells responsible for the growth of the reproductive organs are also responsible for the growth of the teeth. For this reason, stem cell research has begun to focus a lot of attention on harvesting stem cells in teeth, particularly from extracted wisdom teeth or from baby teeth.

The pathologist encouraged me again to write about this remarkable case, although I was so busy with my cases at the time that I declined. However, later I took my patient’s digital images, lab results, and charts to the dental school from which I graduated, where I had a meeting with the professor in charge of anatomy.

The professor was a former instructor of mine, and I had the highest regard for him. I shared the images. I said, “Look at this and tell me what you see.” He looked at the images for about 5 minutes and then said, “I see a little abrasion here, I see the possibility of a cavity there . . . but nothing much.”

I said, “Look here at the jawbone in the wisdom tooth area.” He looked but saw nothing. I then said, “I went in there, and this is what I found.” I handed him the lab reports. His own jaw dropped.

These infected lesions were missed entirely by the head of the anatomy department at the dental school from which I graduated, and this guy is smart. Furthermore, my dental school is considered a top-notch school. However, the goal in course work is too often to get students ready to pass the board exam, and the dominant practices taught and tested are still drill and fill.

The problem is that the focus of dentistry in general has been too narrow. Well, thank God for continuing education. Dentists should know that there are also good courses on new systemic techniques and minimally invasive protocols, including NICO treatments and safer procedures for amputating wisdom teeth. I see the need for these new standards to be taught systematically in dental schools so that graduates are not only aware of, but also skilled in the new practices in their profession.

I’m happy to report that the woman in this case story later became pregnant and carried her child to term. She calls me occasionally to thank me for what I did for her.

Her case is a good example of oral-systemic health and the need for less invasive practices in dentistry. Her chronic infections from traumatic wisdom tooth ‘extractions,’ which no one else saw much less treated, had become such a burden on her immune system and hormonal system that she was not able to maintain a pregnancy. After removing these hidden jawbone infections, she was able to conceive and carry to term.

Her story highlights an old practice in dentistry that no longer works; removing wisdom teeth forcefully and leaving behind ligaments or bone fragments. Luckily, there are new methods emerging that offer far greater results for patients best health. The hardest part is finding a systemic dentist using the best methods and protocols for detection and treatment when these problems are present, because patents will never feel or see these infections and their regular dentists are not trained and do not have the equipment in practice to find them. I recommend starting with the International Academy of Biological Dentistry & Medicine (IABDM) and then interviewing dentists about their recent training and experience in interpreting 3D dental imaging and protocols for cleaning out infected jaw cavitation.

© 2018 Alireza Panahpour, D.D.S. All rights reserved by the author. Find more information at www.systemicdentist.com and www.thegooddentist.is. Excerpted from The Good Dentist.